THE CHEF, THE TRUFFLES, HIS GREAT WINES AND THEIR FAME

If Don Giovanni Restaurant in Madrid was a movie this would have been its title. Owner and chef Andrea Tumbarello, born in Sicily but Milanese by adoption, has built the reputation of this restaurant on a few solid assets: firstly the authentic, quality and straightforward Italian cuisine, then his once large-than-life presence (he lost 40 kilos recently though) guaranteeing an outstanding service but, overall, his exceptional handling of the valuable melanosporum and magnatum tubers, black and white truffles (when in season), he imports from Italy.

For this reason perhaps Don Giovanni is often perceived as a luxury eatery while instead is “just” a fine neighborhood restaurants, similar to those you could find not long ago in Italian cities: clean, not many frills, white cloths, very good and friendly service, remarkable cuisine and ingredients. This type of restaurants represents a way of living, a culture, and not strictly the culinary one.

THE IDENTITY
Rightly the Repsol guide (once Guía Campsa), Spain’s answer to the Michelin – describes Don Giovanni as a “Gran Trattoria”, which is not a downgrading of the place, actually the contrary. No wonder then if the same guide gives two suns (soles) to Don Giovanni: a hard to get accomplishment that requires hard work, consistency and quality. The reality is that during the almost three lustres of life, thanks to Andrea’s commitment to the Italian tradition with very minor twists, Don Giovanni has become possibly the most representative Italian restaurant in Madrid. In reality el “sabor Tumbarello” expanded in other Spanish cities: there is a Don Giovanni in Barcelona (NH Collection Constanza) and in Málaga (Hotel Finca Cortesín de Casares***) while in winter chef Andrea supervises the AC Baqueira in the Baqueira Beret ski resort.

THE MENU
Back to Madrid, the mother house menu starts with a tribute to Le uova di Andrea, the eggs, which is explicable being the restaurant a truffle temple: l’uovo millesime’ is the protagonist of this section (a cooked yolk, with truffle caviar, fresh truffle flakes and a cream of porcini mushrooms). The selection of Antipasti contains some of Italian classics: Beef carpaccio, Treccia di mozzarella di bufala PDO, Burrata di Puglia, sprinkled with black truffle of course, and an inspiring selection of Italian cold cuts.

A REALM OF PASTA
Don Giovanni however is on a mission to celebrate pasta, in all its forms: both dry and homemade fresh, and for the latter, plain or filled. For two reasons: pasta is the symbol par excellence of the Italian gastronomy of course but also for another motive. In 2005 Andrea went to eat to Don Giovanni, 200 meters away from the house of his now wife, when the restaurant wasn’t still his and he was a successful accountant in Milan. They served him a pasta, a bogus, almost inedible spaghetti alla carbonara, and he was so upset that went to complain with the owner. His venture with Don Giovanni started in that moment. The owner offered him to buy the restaurant and he eventually accepted. From being a customer to being the owner it was a matter of weeks.

Chef Andrea’s pledge to pasta was a long term vision: Spain has still only a 4,6 kg of pro-capita consumption but the import of pasta from Italy has increased of an average 20% in the last few years. The options in Don Giovanni menu are abundant: from spaghetti (including the classic alla puttanesca, con la bottarga, carbonara l’originale) to pappardelle (ai funghi porcini), from tagliatelle (with black truffle) to linguine, comprising the traditional seafood version “ai frutti di mare” to the less traditional “ubriache” (drunken, with beer or Lagavulin whisky from the isle of Islay).

Andrea is reluctant to abandon traditions, he doesn’t want to confuse the customer. Even when he is creative he doesn’t go too far, as for the spaghetti “Marbonara” and “Bosconara”. Both are revised versions of Carbonara, without guanciale (bacon): the former are made with tuna, bottarga, egg and bell peppers, the latter, from bosco, the bush in a plate, with Pecorino cheese, egg yolk, porcini mushrooms, all tossed at the table and finished with white truffle’s flakes, shaved at the moment. The section of homemade fresh pasta is big as well: besides the classic lasagna, gnocchi, tortelli and ravioli there are shapes with more modern names: lunette (with cheese and black truffle) panciotti (with eggplants and scamorza cheese) quadroni (with artichokes) and riccioli.

OTHER MENU OPTIONS
With such a vast pasta section the options of Secondi Piatti are contained and strongly based on the tradition: scaloppine, saltimbocca alla romana, cotoletta alla Milanese, filetto and tagliata. As many Italian restaurants outside Italy Don Giovanni has a large section of Pizza and serves flavorful Piadinas.

STUNNING WINE LIST
But what makes this place even more special is its wine list, full of gems, some of them very rare (and expensive). Some of the wines are on display in one of the restaurant’s room, behind glass of course. Andrea is himself a wine connoisseur but he sought the collaboration of a prestigious sommelier and wine writer as Juancho Asenjo, who knows very well Italian wines. Don Giovanni’s Wine List starts with a selection from Sicily, a tribute to the Region in which Andrea was born, which includes a Terre Nere D.O.C. Etna, a pre-phylloxera made from 145 year old vines. It follows with many others good wines from Italy, for all pockets. A special attention deserve the “anthologies” dedicated to some exceptional vintages of “I migliori toscani”, “I Brunelli”, “I tesori del Veneto”, “I Barbareschi e I Baroli” e “Altri Grandi Rossi d’Italia”. The “Fuori carta” include a vertical of Barolo Cannubi by Gianni Gagliardo (2003 – 2008) and a Tribute to the Barolos signed by Roberto Voerzio – Brunate, La Serra, Cerequio, Rocche dell’Annunziata (1999 – 2007).

A COMMUNITY TO PROMOTE AND PROTECT
Don Giovanni is, in many ways, a symbol, it represents one of the reasons for which Melius was born, that is, to promote and perhaps even to protect Italian restaurants like these all around the world. They signify whole communities, Don Giovanni is itself a community. When it comes to Italian food and wines, Andrea is rightly a point of reference for the whole city, he appears regularly in TV and in the media but is also a leading example: just a few months ago he was declared Best Restaurant Businessman by the Real Academia de Gastronomía. Spanish great chefs, as Mario Sandoval (Coque), Óscar Velasco (Santceloni), Julio Fernández Quintero (Abantal) and TV celebrities as Dani Martinez, go to eat regularly to Don Giovanni along its less famous but valued regular customers. Melius is the only way of celebrating these stories, to enhance the life of these communities, besides the quality and the authenticity of their Italian food. No guides can do this, nor the last minute self proclaimed experts in Italian cuisine abroad who try to impose their preferences and aim at an homologation of the Italian restaurants in the world and making then looking all the same.

Don Giovanni is one of the MELIUS World’s 100 Best Italian Restaurants by region. These restaurants are divided in 2 groups:
– Melius Best 50 Italian fine dining Restaurants in the World, outside of Italy, regardless of geographic location, each chosen for its high standard of culinary and hospitality experiences offered to diners;

– Melius Best 50 fine dining Italian Restaurants in the World by Region, grouped and selected by region. They are genuinely committed to providing an outstanding fine dining experience and are among the best of one of the 35 world areas. 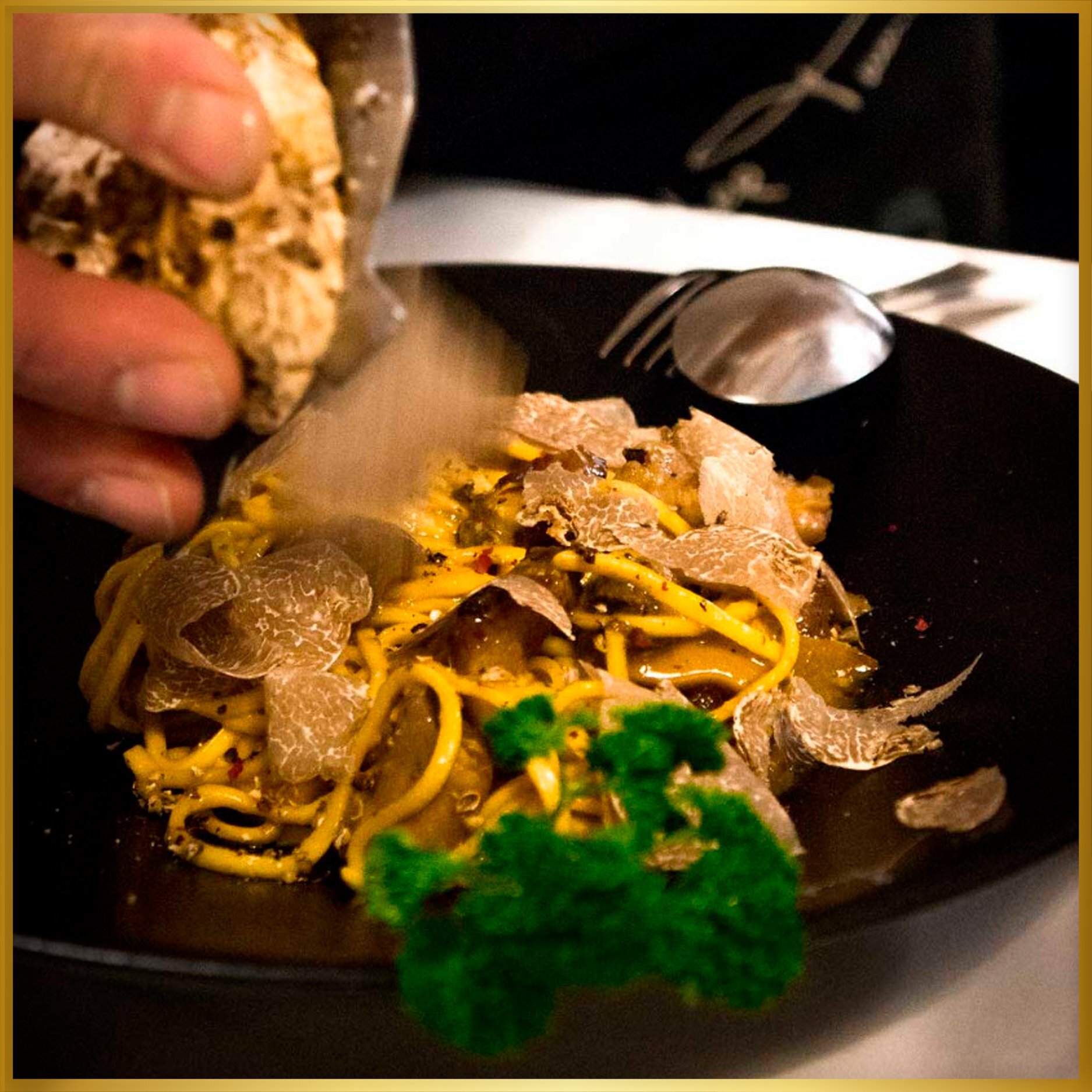 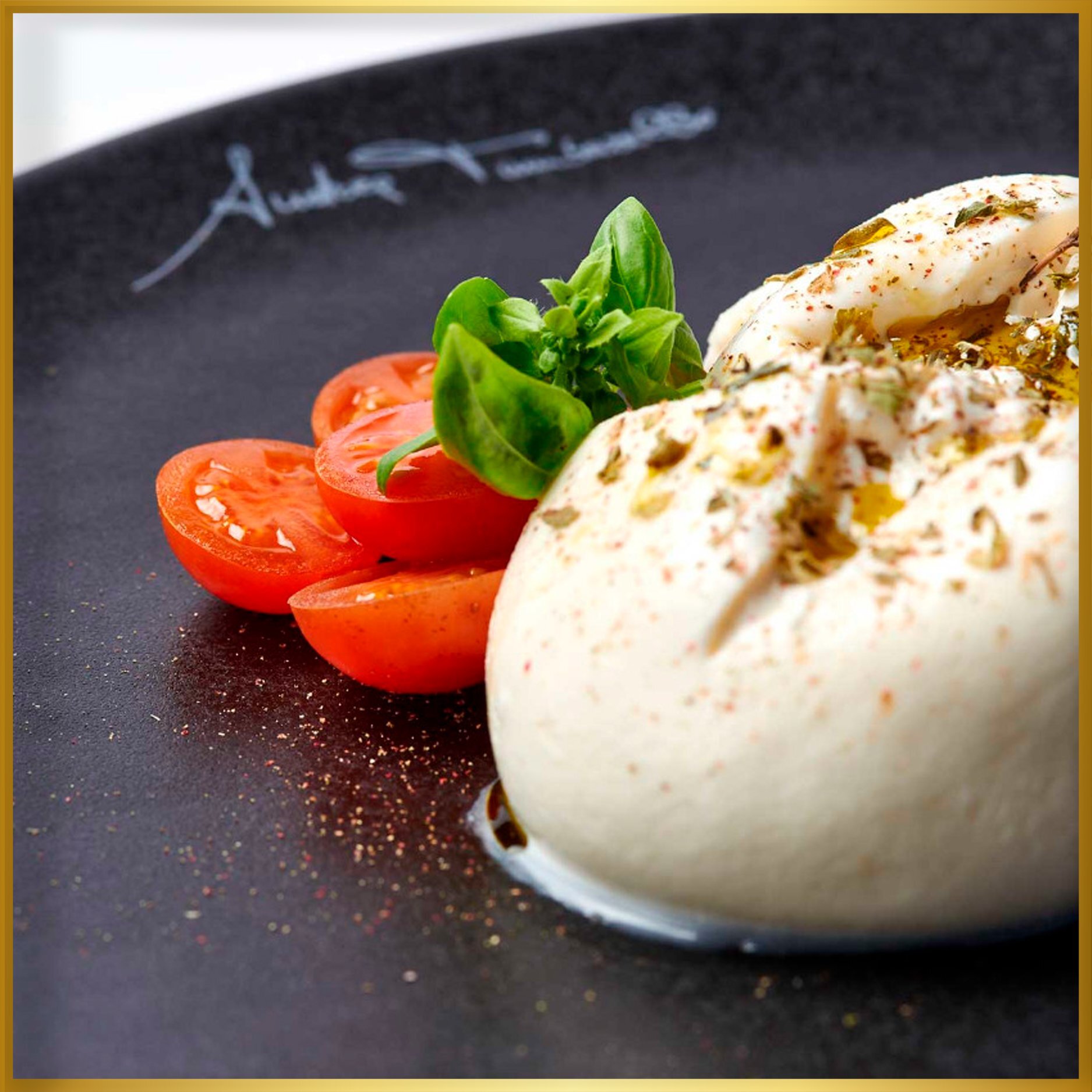 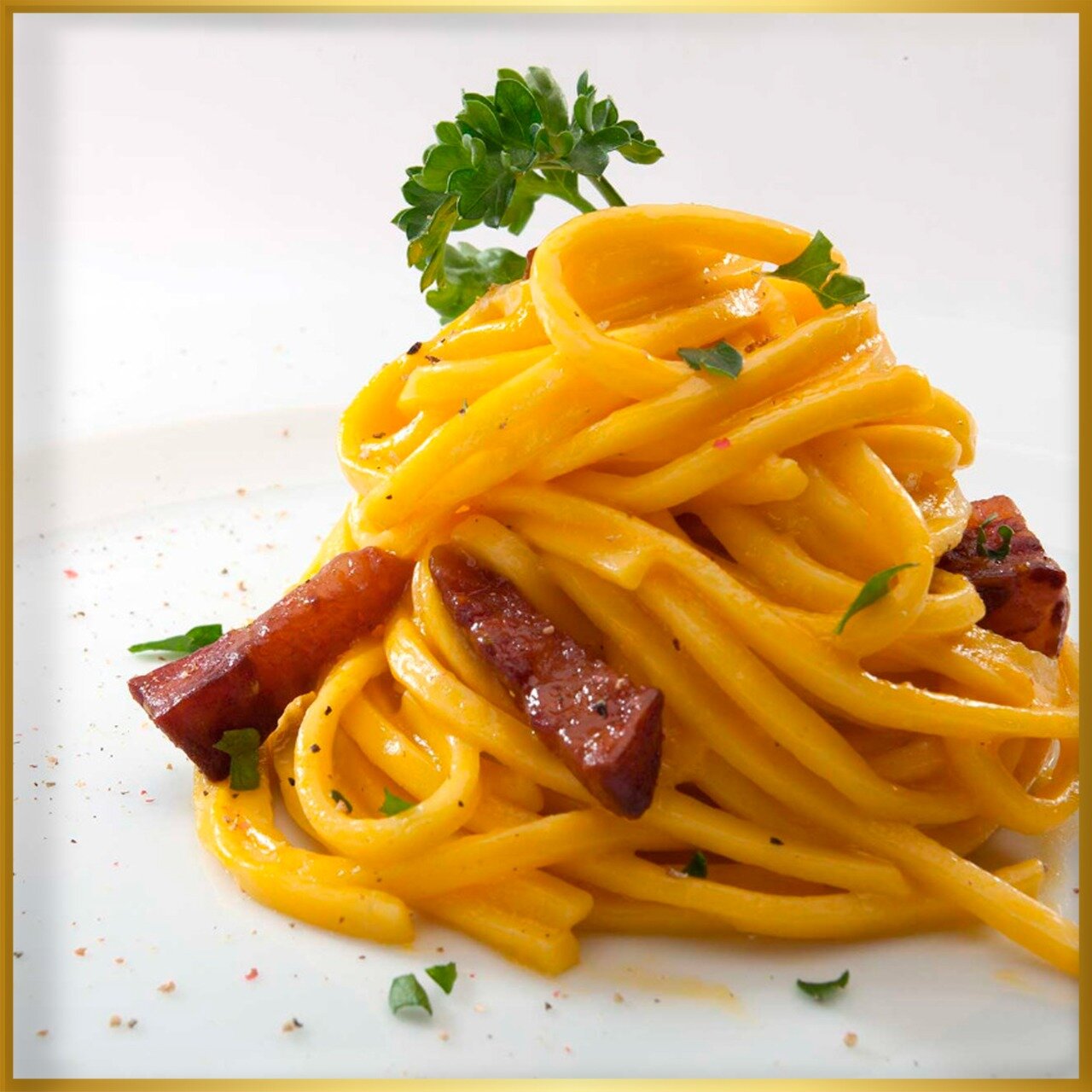 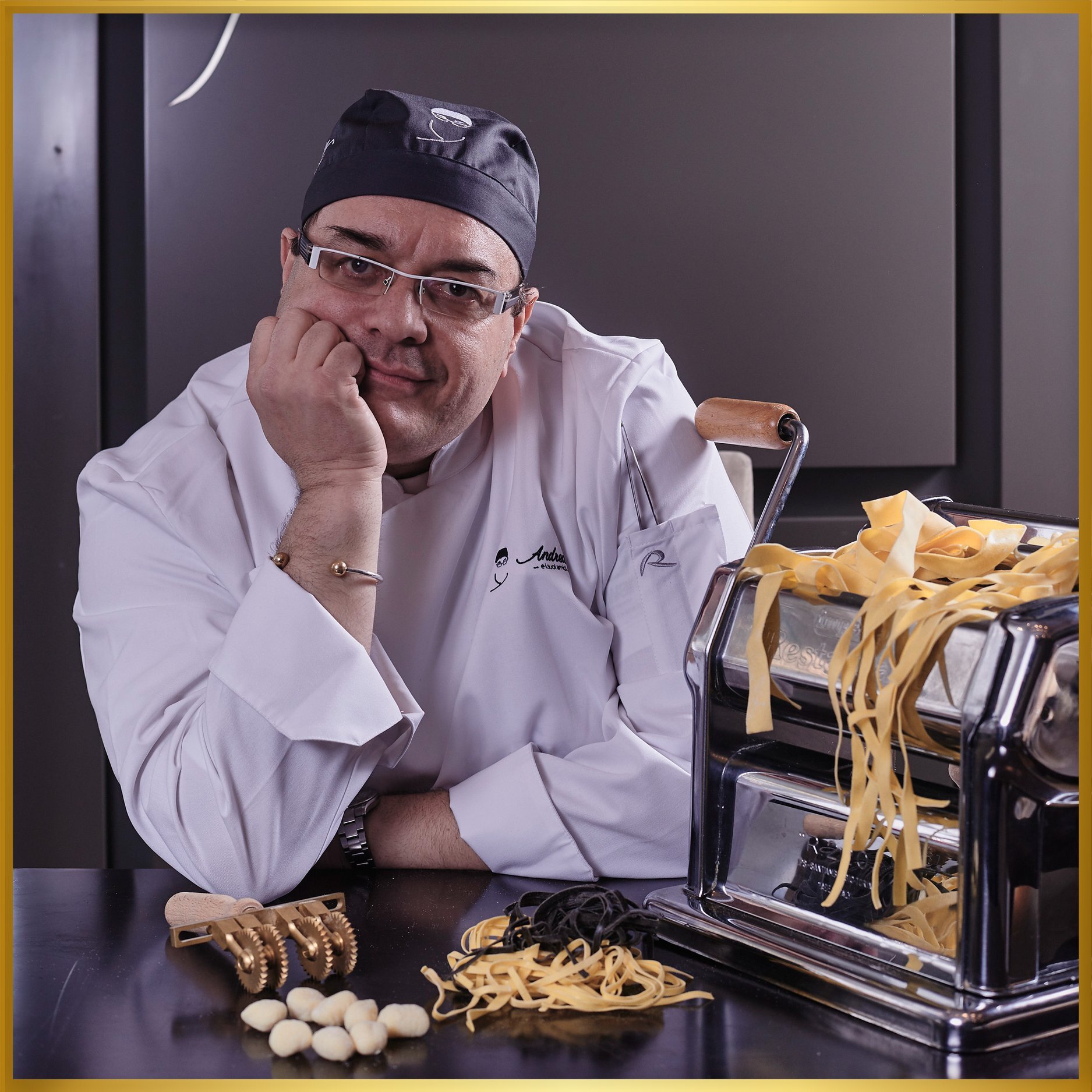